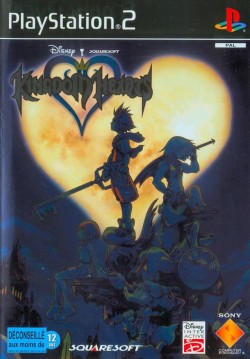 Tetsuya Nomura, who designed several of the characters in earlier Final Fantasy titles, supervised this game's development. In addition to the well-established Donald and Goofy, Kingdom Hearts introduces several new characters to the Disney universe.

The heroes must embark on a long and dangerous quest to rescue lost friends. Players guide thier characters through sleepy city streets and mysterious torch-lit tombs, facing clever enemies and large boss characters. Most of the action is played out in real-time. Though it features characters often associated with children's programs, Kingdom Hearts is designed to offer a thoughtful, serious role-playing adventure for gamers of all ages.

Kingdom Hearts combines the action-based play found in The Legend of Zelda: Ocarina of Time with RPG elements from the Final Fantasy series, and features the characters and locations from previously released Disney movies. Though there are other characters on your team, they are controlled automatically like the aforementioned game.

Characters from films such as The Nightmare Before Christmas, Hercules, Alice in Wonderland, and Peter Pan are all represented with corresponding locations and visuals. Much like Final Fantasy X, all of the important characters are voice acted, with some being voiced by the actors who represented them in the movies including James Woods' Hades from Hercules.

PLOT:
Kingdom Hearts begins on Destiny Islands, where Sora, Riku, and Kairi live. The three friends want to leave the islands to explore new worlds and have prepared a raft for this purpose.[16] One night, the islands are attacked by shadow creatures—the Heartless.[14] Sora seeks out his friends, finding Riku, who disappears into a dark portal. At the same time, Sora obtains the Keyblade, a weapon effective against the Heartless. However, the islands are destroyed and Sora drifts into space. Meanwhile, King Mickey has left his own world to deal with the increasing numbers of Heartless and left instructions for Donald and Goofy to find the "key" that will protect the worlds from the encroaching darkness.

Kingdom Hearts Final Mix features changes from the original version, including bosses present in the English version, but not in the original Japanese version. Other changes include the recoloring of some Heartless and introducing new ones, new weapons, new enemies, new abilities, new cutscenes, Gummi Ship missions, new Ansem Reports, and a new secret movie.

The start screen was replaced with another drawing of Sora, hooded and holding a flag. On the start screen, a trailer for Final Fantasy X-2 is accessible, labeled as a "Special Movie" as a third option after "New Game" and "Load Game". The game has three difficulty levels, the first being Final Mix: Beginner, which gives the player a Ribbon, an EXP Chain, 8 Power Ups, 8 Guard Ups and 4 AP Ups at the start, but neither of the secret movies can be seen. The Drill Gummi's Attack Power is 9,999, instead of 35. The second difficulty is simply "Final Mix", analogous to Standard from the previous game, but not the exact same. The Gummi Ship takes double the damage from the original version and damage inflicted by the player is cut by a third. The last option is Final Mix: Proud, a greater challenge than Expert from the original game. The Gummi Ship's attack is reduced further to a half, and damage is four times. Upon finishing the game, a "Battle Report" is shown, providing the player with various statistics of the playthrough.

A bug involving a red Trinity located in Oogie's Manor was fixed. In the original game, if the player did not use the Trinity prior to defeating Oogie Boogie, the trinity would disappear. The trinity was moved to an area below an arch near the manor.

Fear locks the light in darkness.
Courage is the key.

When a supernatural storm transports 14-year-old Sora to a distant land, he sets out to track down his missing friends.

Teaming up with Court Wizard Donald and Captain Goofy, join Sora as he embarks on a valiant quest to find his friends and defeat the evil 'Heartless'. 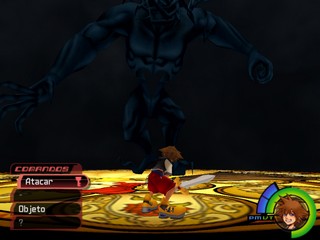 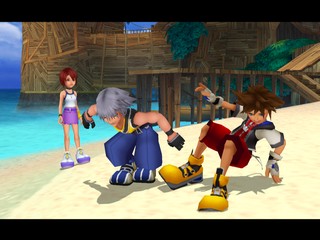 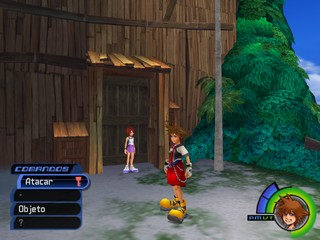 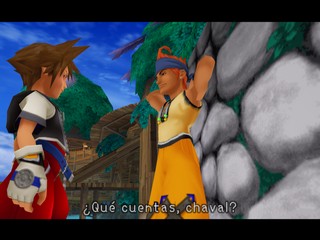 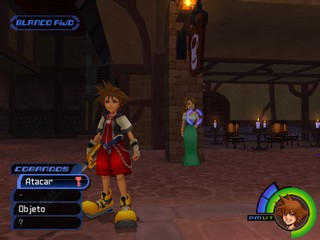 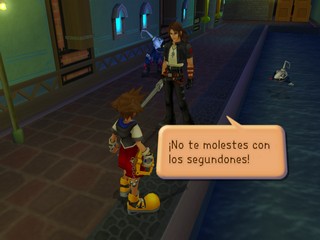 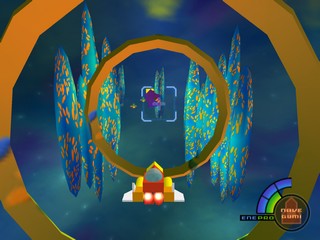 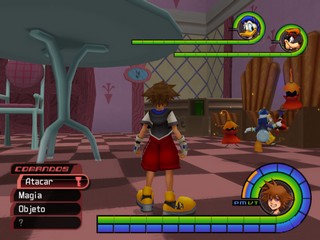 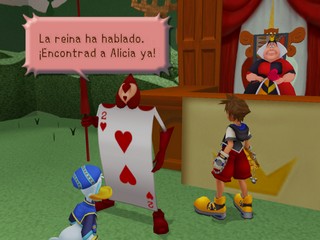 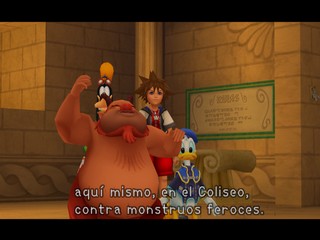 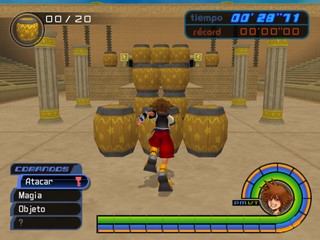 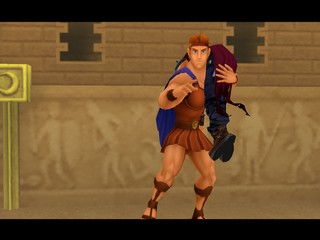 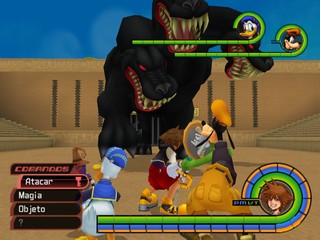 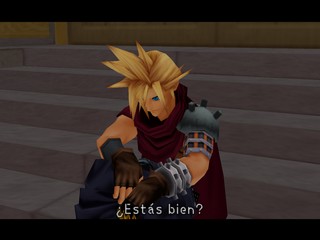 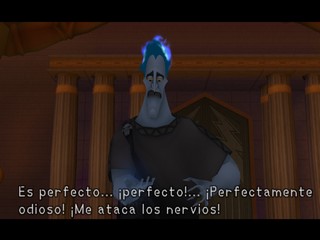 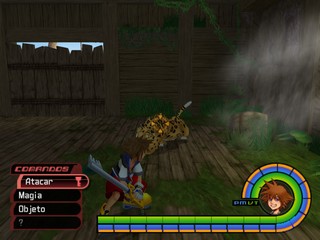 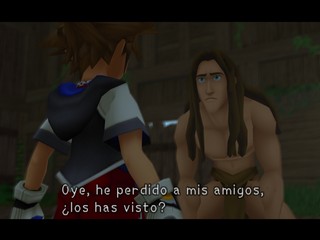 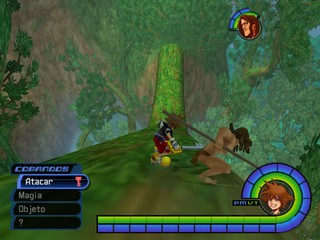 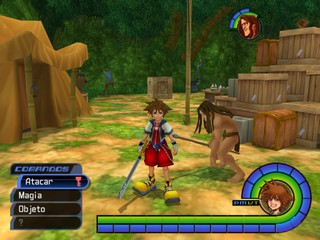 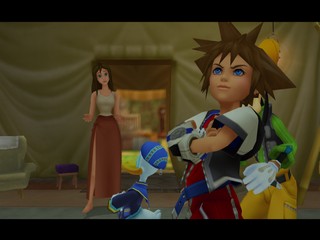