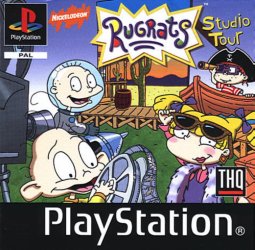 
Dil and the entire Rugrats gang from the hit cartoon series are back in the 1999 PlayStation sequel, Rugrats: Studio Tour from THQ. The babies have lost Dil and you'll play as Tommy, Chuckie, Phil, Lil, and Angelica as they cruise Hollywood's movie sets in search for Tommy's little brother. In this action-adventure game you'll hear the director call the shots as you begin to seek out every nut and cranny from four major areas: Diapies of Thunder, Captain Cookies, Lazy Saddles, and Outside Space. Each area has its own number of levels where different Rugrats perform their individual searches.

There are a total of 16 levels from Pirate Mini-Golf and Buried Treasure to Western Round Up and Loonie Lander, eventually leading to the Find Dil stages. The Dressing Room is where you can cycle through the four major areas and choose your desired levels in any order! Go on the tour by collecting objects such as coins, cookies, chocolate milk, diapers, Reptar bars, keys, aliens, beach balls, rockets and gold nuggets, or take control of a super fast cart racer. These babies may look like they're having fun on these movie studio sets but they're on a mission to save one of their own.

In-game cut scenes and special sound effects from the television show complement the 3D action. The game supports the Dual Shock controller and uses only one block of memory, which can be saved at anytime during the game. Up to four players can join in the action in the multi-player mode's unique levels as well as borrowed ones from the single player mode.

Rugrats: Studio Tour is in fact many games in one. The plot, once again, is that the little 'Rats have let their imagination take over; this time it's in a movie studio. Thus, the main game has you appearing in fully 3D spoofs of popular movies, such as "Diapers of Thunder" or "Lazy Saddles." In addition, there are tons of bonus minigames, such as a kart-style racing, miniature golf, races, and collecting games.

Now you too can crawl with Tommy, Chuckie, Phil, Lil and Angelica in Rugrats Studio Tour. But it's not all fun and games. Tommy's little brother, Dil, has got himself lost somewhere and it's up to you to help find him before he comes to any harm - and you get in a whole lot of trouble!

During your adventures you'll have to blaze a trail through the Gold Mine, race around the Daipies of Thunder and make sense of the Loonie Lander, keeping your eyes peeled at all times. Just watch out for those crazy adults! 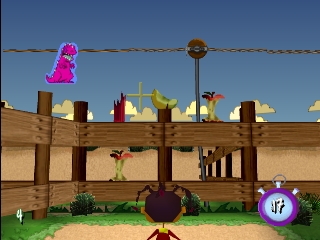 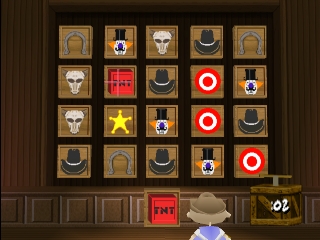 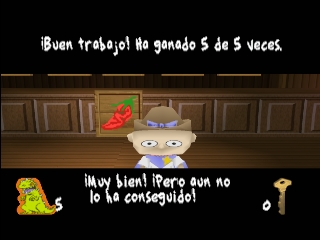 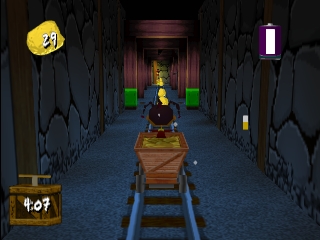 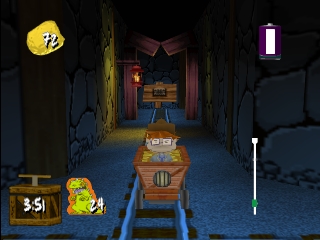 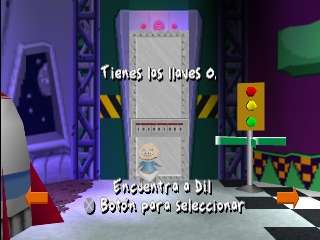 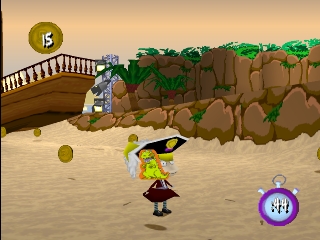 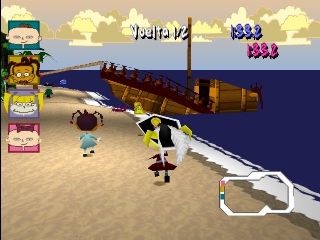 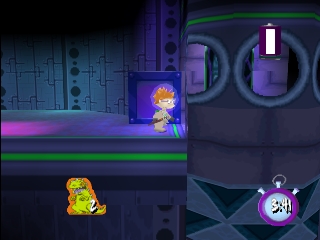 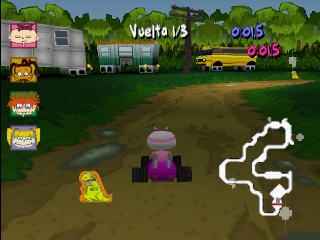 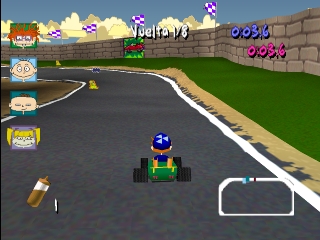 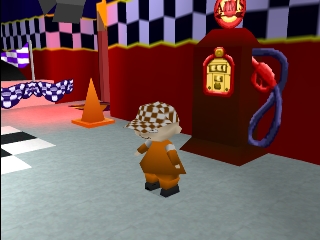 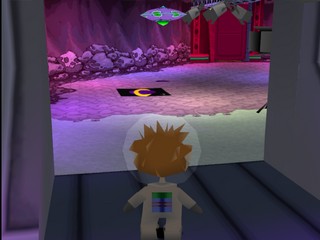 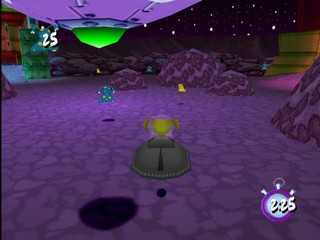 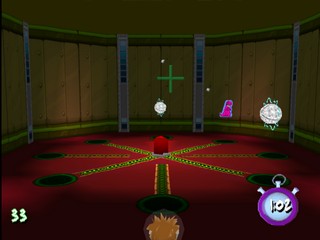 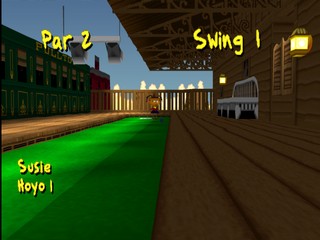 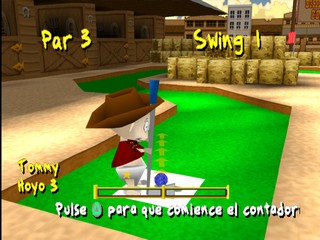 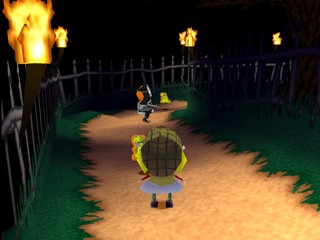 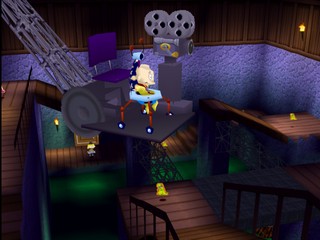 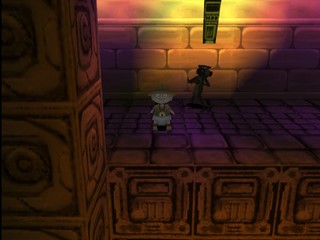