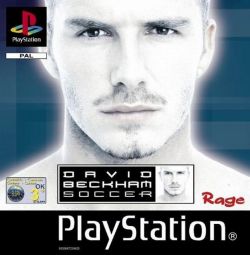 
David Beckham Soccer features over 200 international and domestic teams and a vast array of competitions and game modes, including a unique "train with Beckham" mode that allows you to hone your soccer skills--before taking on opponents--with a series of tests set by David Beckham himself. You can even learn David's specialty: free kicks.

Endorsed by the then England and Manchester United captain and international superstar, David Beckham Soccer is the last of Rage long tradition in developing soccer games. It includes both national and club teams (from England, France, Germany, Italy and Spain), plus the ability to create custom teams, with details ranging from the usual name, strips and colours to the stadium. Other than Beckham himself, no player is licensed (likeness is preserved, but names are replaced with phonetic equivalents, such as Owin or Zanetee), but the editor also allows the player to customize each player and team.

Game modes include friendly, club season, several international cups (including the defunct Home Championship), Classic Matches (some featuring the highlights of Beckham's career, others just classic matches), Beat Brazil, where the player starts with France, and tries to beat Brazil with a progressively weaker team, Survival, where the player face top international teams, with goals against carrying over, until the player loses a match, and Train With Beckham, a series of drill minigames destined to teach the basics of the game and unlock secrets.

Gameplay is similar to previous titles developed by the company (most notably Microsoft Football 2000 and UEFA Striker), and not unlike Beckham, has its strong point during dead ball situations, where the player can choose either to use a set play to get the defense offguard, or take a direct shot or swerving pass using the traditional arrow indicator. In terms of options, the game doesn’t offer much to tweak, only bookings, offsides, injuries, match length and the decider (simple or golden goal overtime and penalty shootout)

Developed in England under international soccer superstar David Beckham's watchful eye, this is the most complete soccer game ever created. 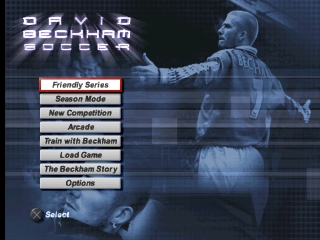 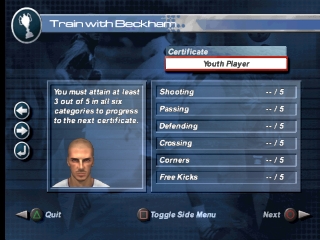 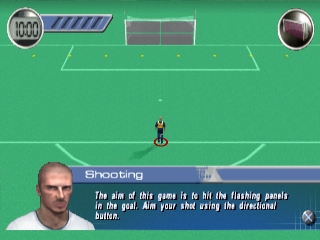 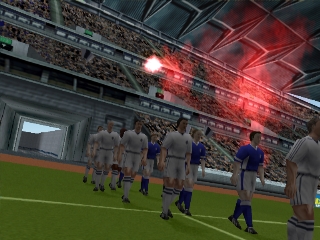 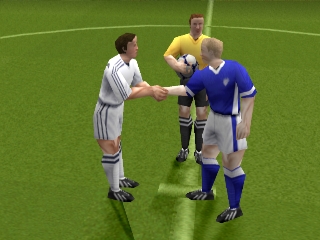 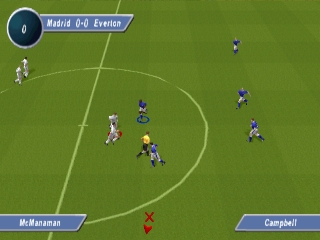 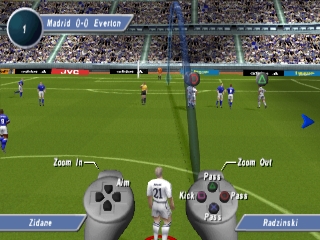 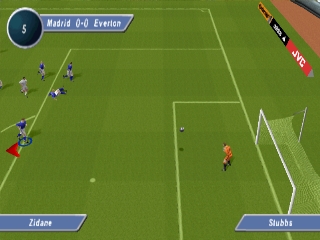 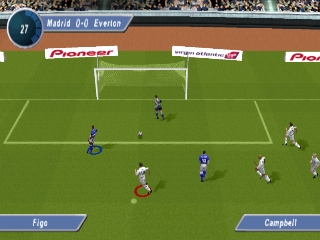 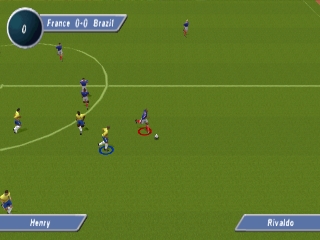 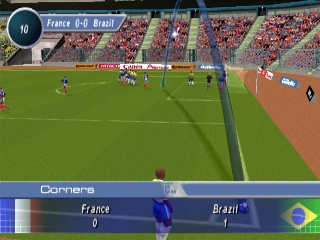 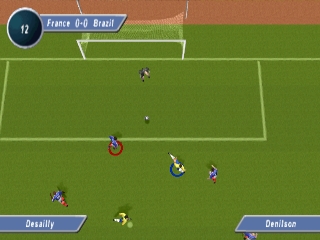 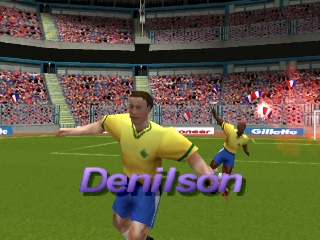 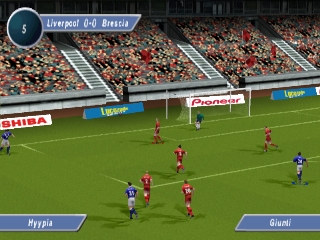 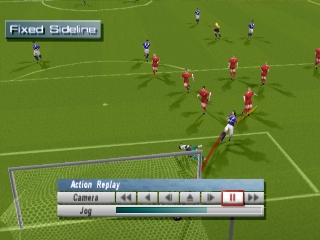 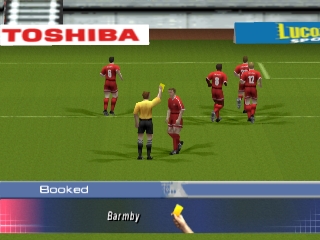 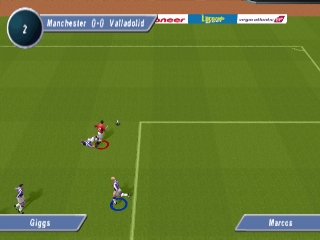 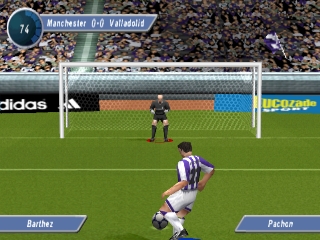