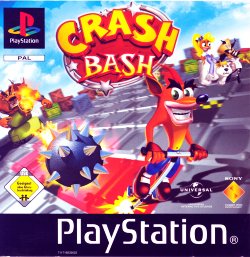 
Crash Bash is a multievent party game in which four people can play several minigames as characters from the Crash Bandicoot series.

Characters include Coco, Brio, Dingodile, Tiny, and Neo Cortex. The games are organized from a central hub world from which spokes lead to different levels. Games include pong, in which players defend one side of the screen, and a pogo-stick game, in which players hop to change the color of squares on a board by landing on them, then earn points by collecting boxes.

Another game places characters on the backs of polar bears as they try to ram each other off the sides of an iceberg, with variants that include melting ice and playfield angles that change with your location. Each game features variations; some allow for two-player teams.

* Party game in which up to 4 players battle it out in multiple events
* Play as characters from Crash Bandicoot series
* Some games allow players to pair up into teams
* Events include pong, a pogo-stick game, and a game in which players joust on top of polar bears
* Characters include Coco, N. Brio, Dingodile, Tiny, and Neo Cortex

Bring it on, baby!

Crash and his friends are back in a knock-down, drag-out arena rumble. That's right. Get ready to ride, race, jump, throw and battle it out to the finish. Blow stuff up. Toss TNT. Duke it out in a jungle. It's just a good old-fashion bandicoot brawl.

* Adventure, Battle and Tournament modes deliver nothin' but fun! Take it Solo, Team play or plug in the Multitap and show your friends who's really top bandicoot! 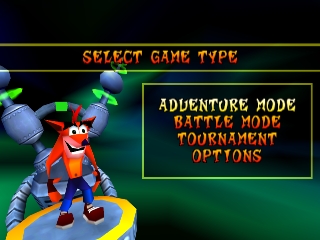 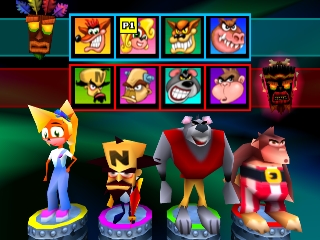 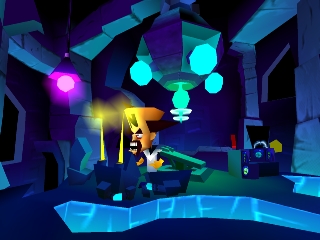 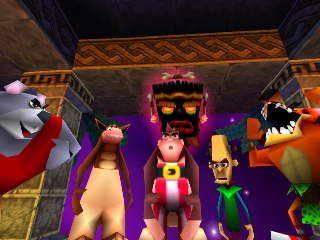 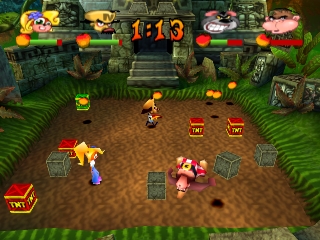 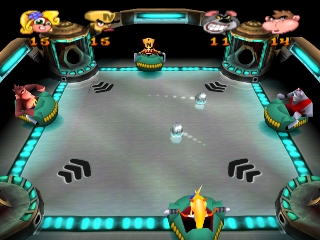 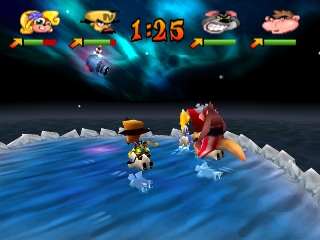 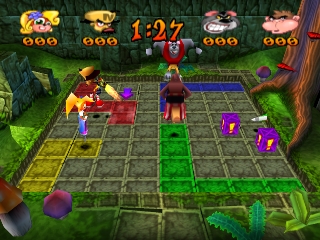 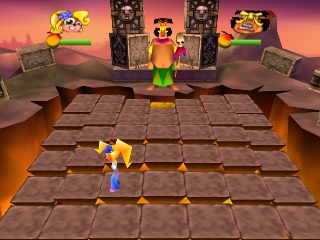 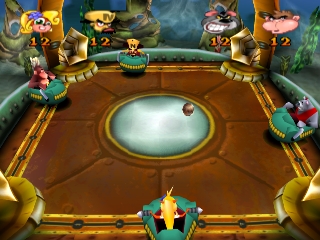 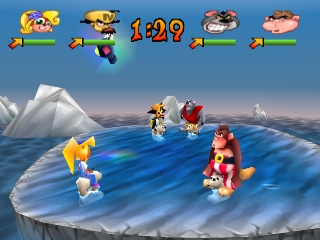 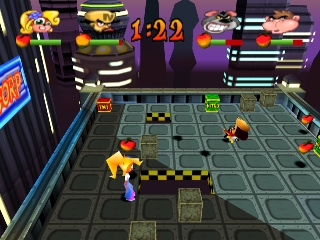 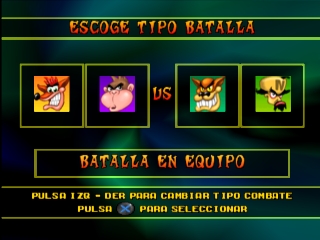 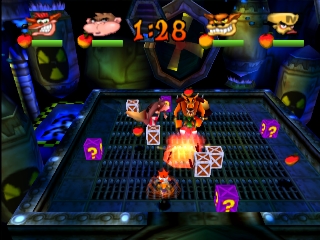 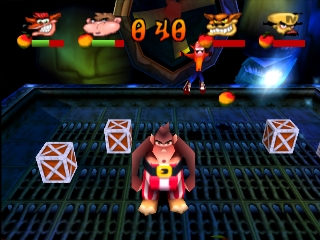 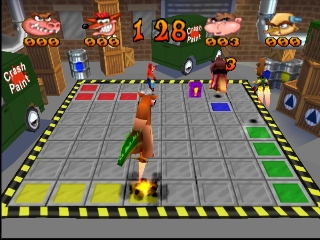 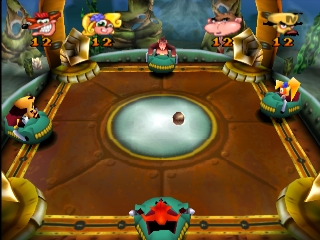 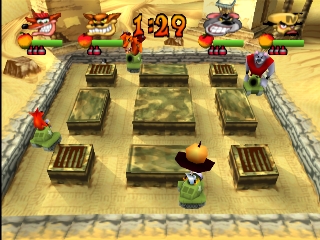