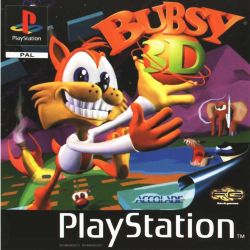 
Bubsy 3D: Furbitten Planet, also known simply as Bubsy 3D, is a platform video game developed by Eidetic and published by Accolade and Telstar for the PlayStation video game console. Designed by Michael Berlyn, it was released on October 13, 1996 in North America and in August 1997 in Europe. It is the fourth and final game in the Bubsy series, starring its eponymous protagonist. It is one of the first 3D platform games, though with limited movement. The game's complete name is a parody of Forbidden Planet, a 1956 sci-fi film. A Sega Saturn version was planned but was cancelled.

The game was very poorly received and was regarded as one of the worst games of all time by GameTrailers, IGN, GamesRadar, and humorist Seanbaby. Many of the major elements of the game received criticism; it has been criticized for its graphics, its controls, and the personality of Bubsy, the latter which IGN felt was ruined from the previous Bubsy games. It holds an aggregate score of 50.90% at Game Rankings based on five reviews. Berlyn attributes its low quality to its release coinciding with Super Mario 64, which he found to be far superior; however, due to development being nearly done and Accolade wanting it to be released, there was no time to improve upon it.

Bubsy 3D takes place on the home planet of the Woolies, a species of aliens from the series, called Rayon. The objective is to defeat their two queens, Poly and Esther and also escape from the planet by collecting rocket parts. In Bubsy 3D, players control the player-character Bubsy, who has several catch phrases that he says based on players' actions. Bubsy is able to walk in a straight line only, requiring players to take time to turn in order to go in a different direction. He can jump high, glide, and swim in certain levels. He defeats enemies by jumping on them, and he has a health system consisting of three health points called "Paw Points".

The game consists of 18 levels, with three of them taking place underwater; in these levels, Bubsy has an oxygen meter that depletes over time and his gliding action is replaced by a jetting dive which makes him swim faster, but depletes oxygen quicker. In levels, players can collect items called atoms. If players collect 150 of them, they will go to a bonus round with atoms and extra lives to collect.

Run jump swim and fly anywhere in huge 3D worlds full of zany humor and the Bubsy 'tude!
Scrounge-up the 32 missing pieces of your escape rocket or kiss your homeworld goodbye!
Shoot atoms and bop woolies clambos and 12 other wacky creatures as you rip into planet Rayon!
Get your paws on a mess of atoms for extra lives bonus rounds and useful rocket fuel!
Play "cat and mouse" in a unique 2-Player mode! 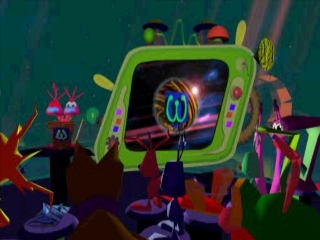 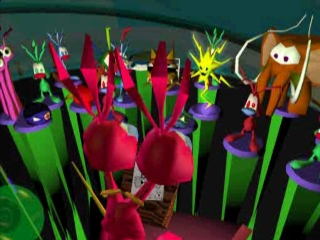 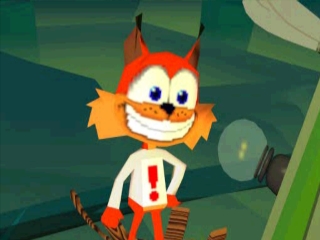 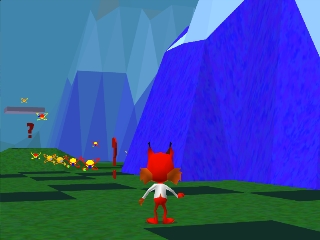 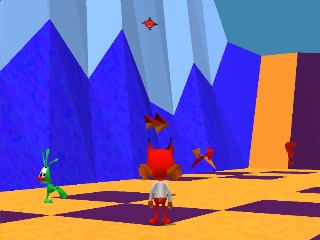 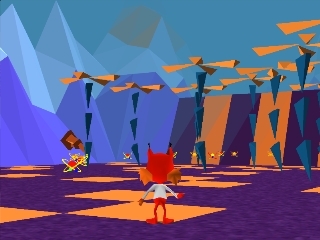 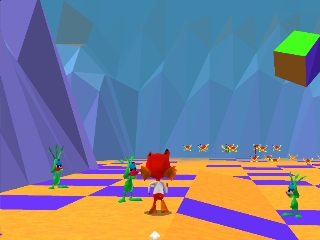 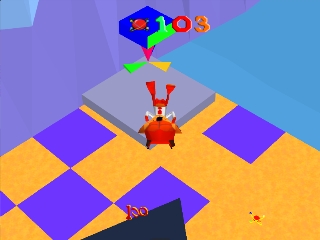 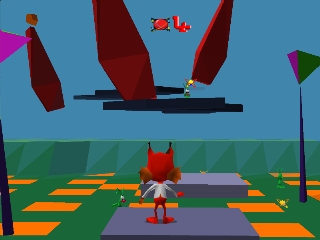 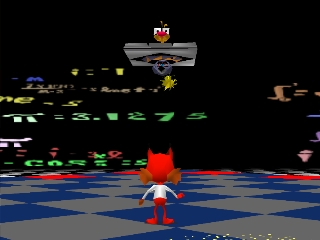 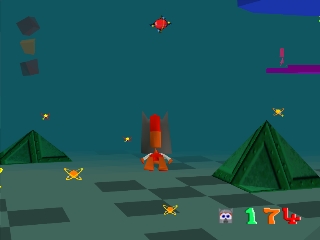 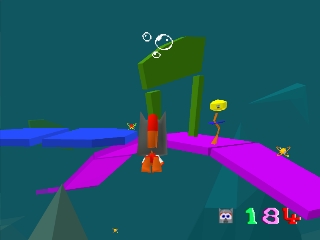 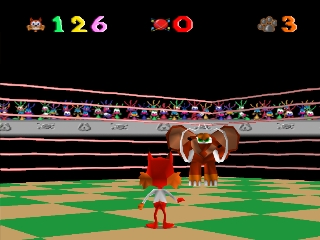 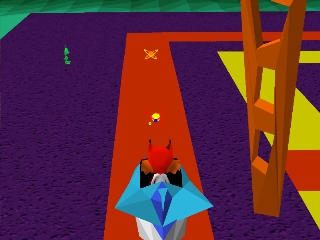 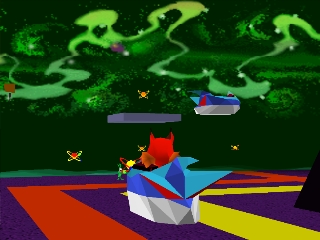 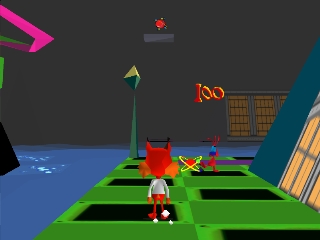