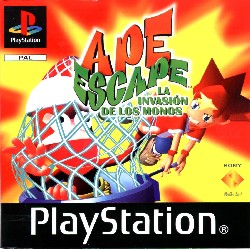 
It all started when a curious monkey named Specter placed the Peak Point Helmet upon his furry head. With newly acquired intelligence, Specter freed his ape pals and activated the Time Station, an invention designed to transport people (or animals) through the far reaches of space and time.

The power-hungry Specter has plans for world domination, and he's going to change history to ensure his species remains in power. The fate of the world now rests in the hands of two of the Professor's most trusted assistants, Spike and Jake. Journey back through time to round up the missing apes using the Professor's gadgets, but be careful -- these primates are not going down without a fight.

Ape Escape is the first PlayStation game that requires the Dual Shock Analog Controller in order to play. This is because control of the main character is performed using both analog sticks; the left stick moves the character, while the right stick controls one of the gadgets. Players begin with a Stun Club and Time Net, but more inventions will be available for later levels, including Monkey Radar, a Water Net, Slingback Shooter (a slingshot) and even a remote-controlled car. Your character can also crouch, crawl, jump, climb and swing from rails.

The Stun Club is a glowing baton that can temporarily freeze apes or other enemies. Since the right stick handles its movement, you'll be able to swing it in any direction you desire. The Time Net resembles a butterfly net in appearance, and it is the only device that can remove an ape from the playing field. Once the Professor has given you more gadgets, you can freely assign them to any of the four buttons on the face of the controller. Your goal in each level is to capture the minimum number of apes; once you've reached your quota, you'll automatically warp back into the Time Station.

From the friendly confines of the Time Station, you can select the next stage, play bonus games or monitor your current progress. Players can also practice their moves and gadgets within the Training Room, check out the apes they've captured by reading the Monkey Book, or save their game to a memory card (each save requires one block of space). Completed stages can also be revisited in order to capture additional monkeys, coins or reveal hidden secrets.

Besides capturing apes, players can also find the following collectibles: Health Cookies (each cookie replenishes one of your five health points); Energy Chips (collect 100 for an extra life); Specter Coins (grant you access to the three bonus games); and a few other items to help you combat the resourceful simians. Curious about the bonus games? Collect ten coins to play "Ski Kidz Racing," twenty coins to play "Specter Boxing," and 40 coins to play "Galaxy Monkey." Each bonus game makes use of both analog sticks and can be played at any time once activated.

"...we give this game our highest recommendation!"
-PSM
A boisterous band of baboons carry out a daring zoo escape. It's ape anarchy and it's up to YOU to stop the chimps before they make chumps out of the human race!
The first and only game that takes full advantage of the DUAL SHOCK™ analog controller!
Use both analog sticks -rotate'em, sling'em black and push'em down for unequaled and revolutionary controller action!
Hunt down over 200 unruly apes.
Operate great gadgets! A Tank, a Remote Control car, a Stun Club and Time Net, a SkyFlyer, a Slingshot, a Monkey Radar and more!
Bonus rounds, mind-twisting mini games and clock racing time attacks for unbelievable fun. 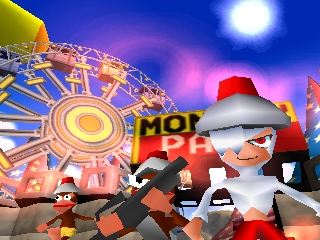 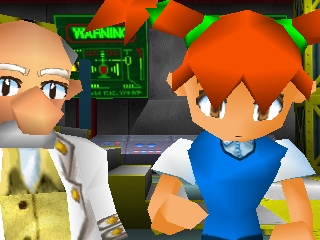 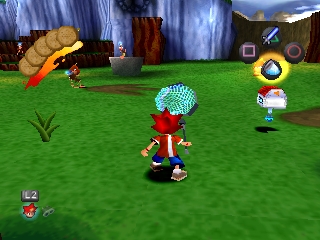 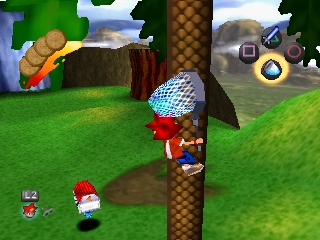 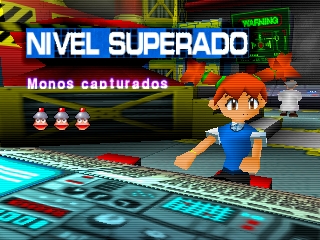 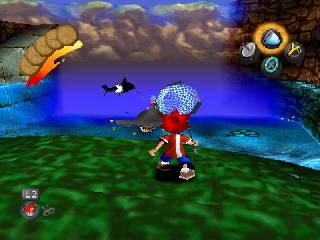 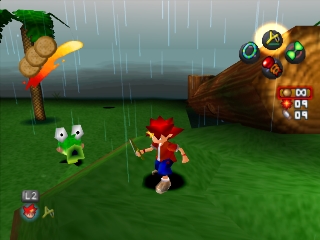 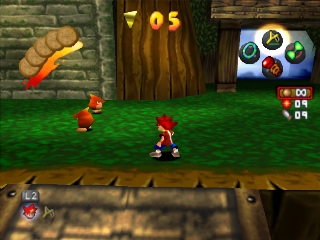 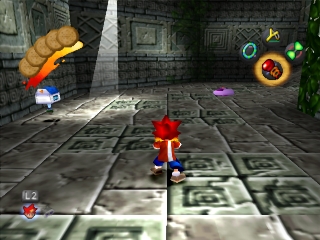 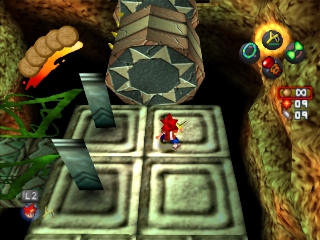 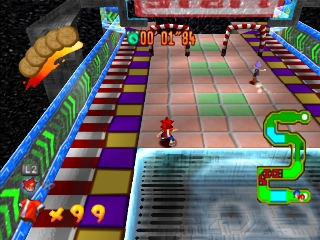 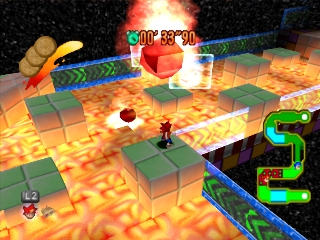 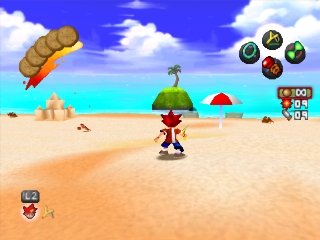 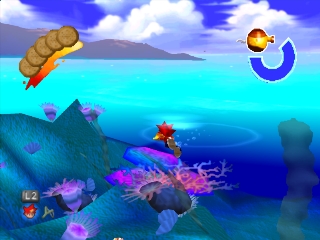 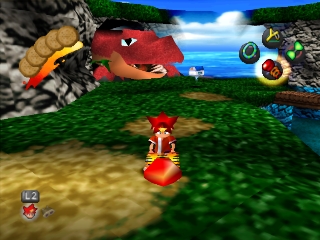 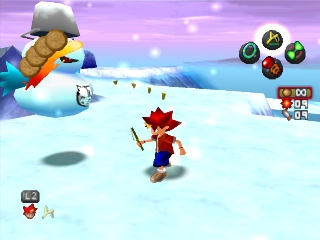 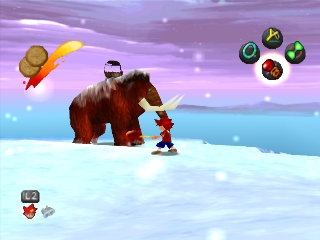 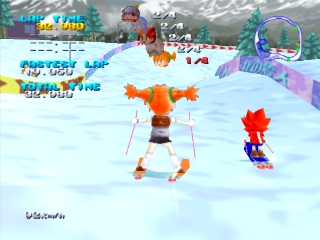 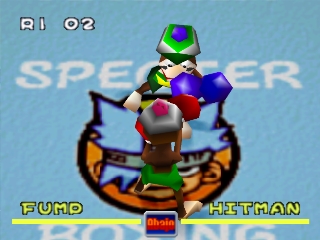 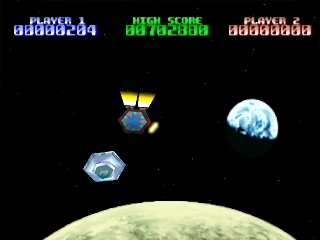